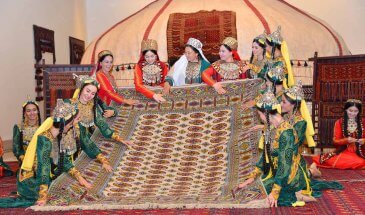 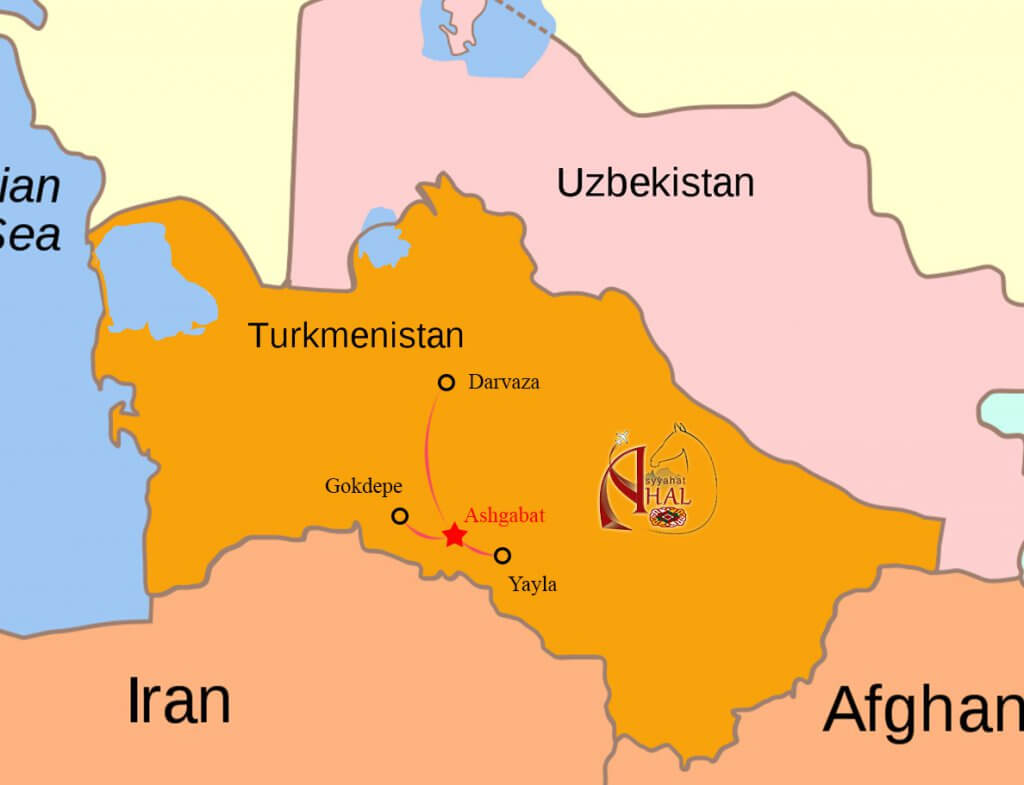 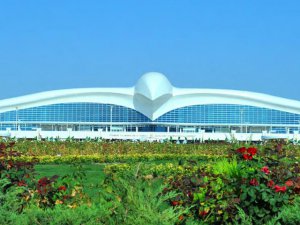 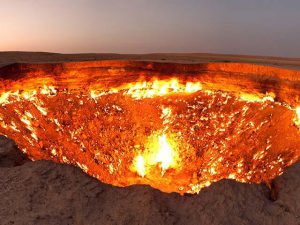 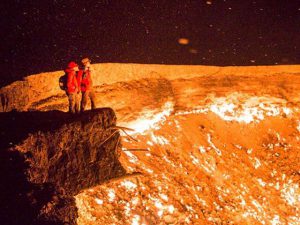 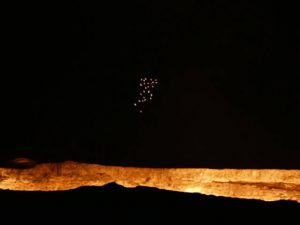 BF at hotel. Drive to visit “Altyn Asyr” Oriental Bazar– Jygyldyk located in 20km to the north of Ashgabat. It is one of the largest open bazaars in the world filled with colourful rugs, jewellery, carpets, silk and national Turkmen costumes and animals in other part.

Afternoon drive to Darwaza burning Gas Crater (268km) dubbed by locals as “The Door to Hell”. The Darwaza area is rich in natural gas. While drilling in 1971, Soviet geologists tapped into a cavern filled with natural gas. The ground beneath the drilling rig collapsed, leaving a large hole with a diameter of 70 meters. To avoid poisonous gas discharge, it was decided the best solution was to burn it off. Geologists had hoped the fire would use all the fuel in a matter of days, but the gas is still burning today. En-route we cross Karakum desert, will make a stop in small desert village Erbent. In the evening watch the spectacular and fascinating view of the gas crater. BBQ dinner at Gas Crater. Overnight in camp. 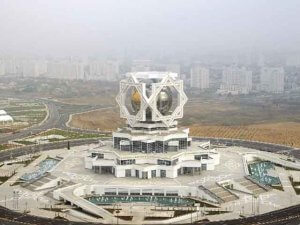 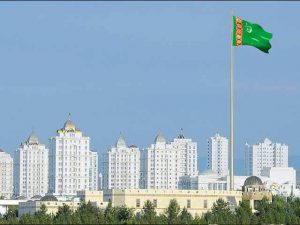 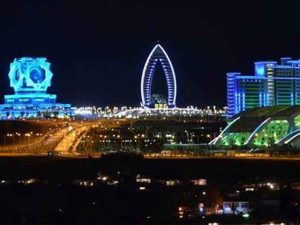 Picnic style breakfast. Drive back to Ashgabat. Transfer to the hotel. 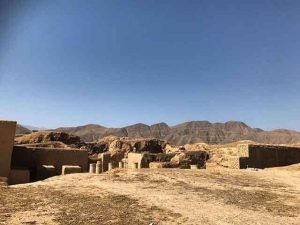 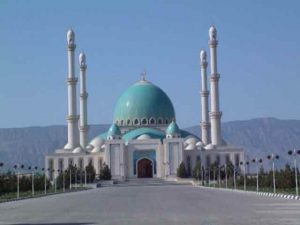 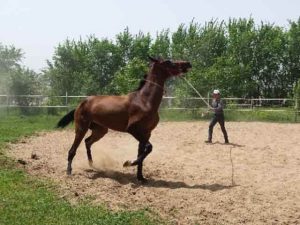 BF at hotel. In the morning drive to visit Nissa fortress -the Sanctuary of Parthian Kings. UNESCO declared fortress a World Heritage Site in 2007. Nissa described as one of the first capitals of the Parthians. It was founded by Arsaces I (reigned c. 250 BC – 211BC), and reputedly the royal necropolis of the Parthian Kings, although it has neither been established that the fortress at Nissa was a royal residence or a mausoleum.

Then drive to Gokdepe fortress that was attacked in December 1880 by Russian Empire Army. The siege of Gokdepe lasted 23 days, after which the city was taken by storm. Visit Geokdepe Mosque (Saparmyrat Hajy) that was built in 1995 to commemorate the defeat and is noted for its mint-turquoise blue colored roof and white marble structure. 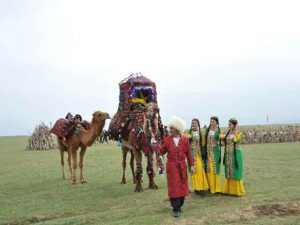 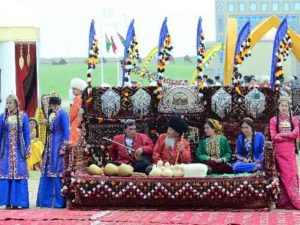 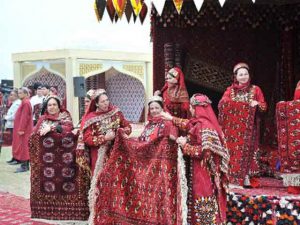 Then drive back to Ashgabat city. 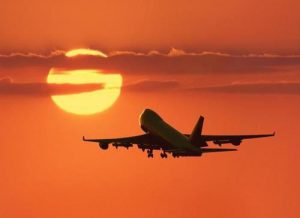